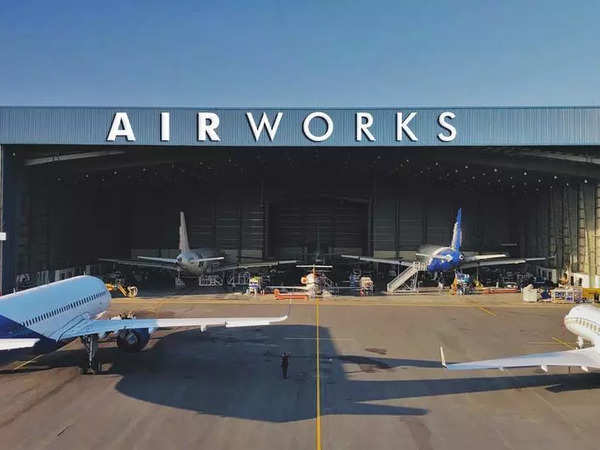 Adani Group has made a ₹462 crore non-binding offer to acquire Air Works, one of India’s oldest aircraft maintenance and repair companies, according to people briefed on the matter.

The offer is subject to completion of satisfactory due diligence and could be revised upwards or downwards post the due diligence, according to the people cited earlier.

A team from Adani’s defence and aerospace division has been leading the discussions for the Air Works acquisition. One of the sources cited earlier said the due diligence was “progressing well”.

The Indian Express had first reported about the potential deal in its May 29 edition.

Adani and Air Works had not responded to ET’s queries until press time.

Air Works was founded in 1951 by the family of Ravi Menon. The company has four major groups of shareholders-the Menon family, Punj Lloyd Aviation, GTI Capital and an employee welfare trust-which together own 100% of its shares.

“Air Works has been in play for five years now. Its shareholders tried to sell the company in 2017. It is a good company but they made a few misdirected investments overseas,” an investment banking executive said on the condition of anonymity.

Air Works had acquired a controlling stake in Air Livery, the largest aircraft refinishing company in Europe, in 2010 along with its painting facility in Toulouse, France, located next to Airbus’ manufacturing site, as part of its purchase of Aero Technique Espace in 2013.

But that acquisition didn’t go to plan and the business case couldn’t be justified.

“They should have just focused on the Indian market. The opportunity is huge here,” a top aviation industry executive said on the condition of anonymity.