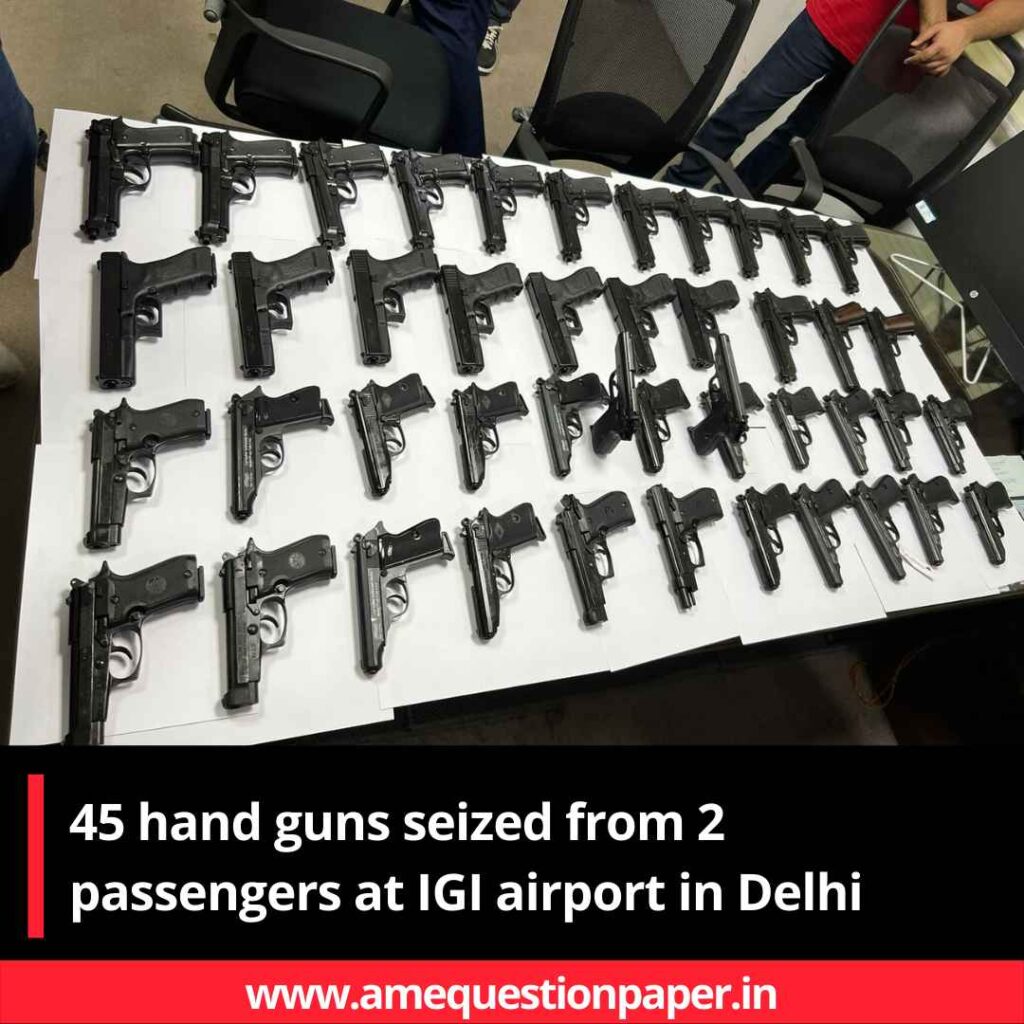 Customs officials at Delhi’s Indira Gandhi International Airport have arrested an Indian couple from Vietnam after 45 guns worth over ₹22 lakh was seized from two bags in their possession.

“They admitted (they had) previously smuggled 25 pieces of guns having a value of over ₹12 lakh,” a senior customs official at the national capital’s IGI airport told news agency ANI.

“Ballistics reports will confirm whether the guns are real or not… but, in a preliminary report, NSG (National Security Guard, the country’s elite counter-terrorism unit) has confirmed that the guns are fully functional and can be used,” the official told ANI.

Visuals shared by ANI on Twitter showed a frightening collection of handguns neatly laid out on a table. More guns were seen tossed into a plastic bag.

Delhi | An Indian couple that arrived from Vietnam was nabbed & 45 guns worth over Rs 22 lakh from two trolley bags seized. They admitted their previous indulgence in smuggling 25 pieces of guns having a value of over Rs 12 lakh: Commissioner of Customs, IGI Airport & General pic.twitter.com/TvjNbJt5yA