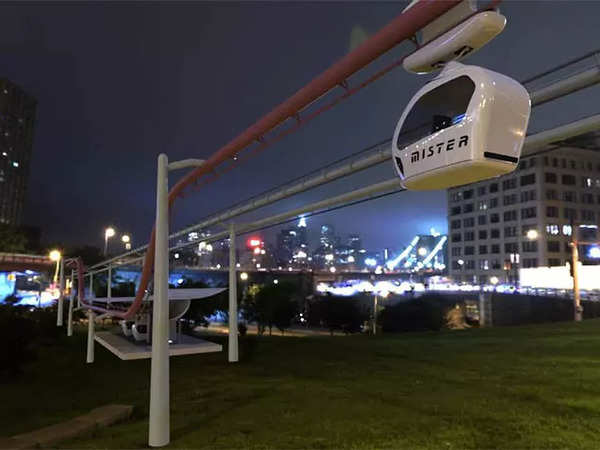 The Haryana government has proposed a cost-effective personalized rapid transport based on Pod car to provide a faster connectivity between old Chandigarh International Airport terminal here and its new terminal building located in Mohali. The Pod car proposal was submitted by Haryana Chief Secretary Sanjeev Kaushal at a recent meeting here convened by Punjab Governor-cum-Chandigarh Administrator Banwari Lal Purohit and attended by senior officers of Haryana and Chandigarh.

The proposal, on implementation, will cut down on the long road travel which residents of Chandigarh and Panchkula and some parts of Mohali have to take at present, said an official statement here on Tuesday.

Chandigarh International Airport Limited is a joint venture company incorporated under the Companies Act, 2013 by Airports Authority of India (AAI) in association with Governments of Punjab and Haryana.

The airport runway is located in Chandigarh while the international terminal is located on the south side of the runway in the village of Jhiurheri, Mohali.

The ownership of this land will remain with the Air Force, it said.

Notably, the airport lies in defence airfield that is being used by civilian operators as well. The Air Traffic Control and runway operations lie with the IAF.

“A preliminary study has been conducted by HMRTC to provide connectivity between old Airport Terminal and New Airport Terminal of Chandigarh International Airport wherein the total land involved is approximately 6 acres only,” he said.

Kaushal said that 77 numbers of pods are initially envisaged to be placed in service for transporting passengers as well as goods. It will be a guided transit system fully secured with only two stoppages. Pods cannot be forcefully stopped in between and thus it addresses any security concern. The time travel will be only 8 to 10 minutes, he added. “The project cost is just Rs 231.50 crore, including Rs 116 crore Infra cost,” he said.

Road connectivity along the boundary wall of the IAF station was also proposed after clearing all obstruction within its 100 mtrs. This would have reduced distance by 8-9 kms. However, it involves acquisition as well as demolition of illegal construction. Due to this & various other reasons the road connectivity projects also hangs in air, said the Haryana government statement.

Kaushal said that in view of the delay in implementation and non-finalisation of any proposal despite various meetings between the stake holders, Haryana Government had proposed the Pod car connectivity at a much less cost, including of land.