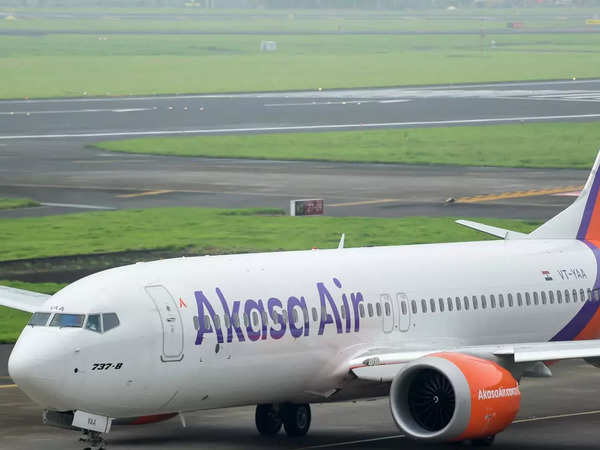 Akasa Air inaugurated its first flight from Chennai on Saturday, the fifth city in its network, enabling the airline to offer twice-daily flights in each direction on the Chennai-Bengaluru route.

In addition, strengthening its pan-India network connectivity, the airline has also added a new route between Chennai and Kochi, which will commence from September 26.

This rapid expansion of cities, routes and frequencies is in line with the airline’s vision of adopting a phased but rapid approach to grow its network across India.

“We have achieved yet another milestone today with the launch of commercial flights from Chennai, which is the fifth city in our network. From today, we will offer double-daily flights in each direction on this new route,” IANS quoted Praveen Iyer, Co-founder and Chief Commercial Officer, Akasa Air, as saying.

“Within the next five days, we will strengthen our network from Chennai by connecting to Mumbai, the financial capital of India, which will become operational from September 15. On September 26, with the start of the Chennai-Kochi route we will further strengthen our connectivity from Chennai.”

Iyer added, “The increased capacities across these key focus cities backed by affordable fares will provide our customers many options to choose from while planning their travel. We are delighted to augment our network to meet our commitment of progressively adding more cities along new sectors.”

It will continue to grow its fleet with a view to establish a strong pan-India presence with a focus on key cities and metro to tier-2 and 3 route connectivity.

Akasa Air’s fleet size will be 18 aircraft by the end of March 2023 and over the next four years, the airline will add 54 additional aircraft, taking its total fleet size to 72.