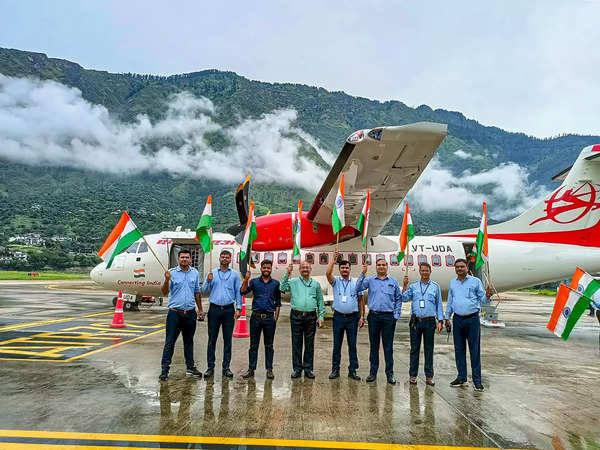 Pilots of government-owned Alliance Air have gone on strike demanding restoration of pre-Covid salary. The strike has heavily disrupted operation of the airline with nearly three-fourth of total flights cancelled. The airline operates around 120 flights per day.

Top airline executives said that the management will be meeting the pilots tomorrow to resolve the situation but a senior pilot said that they plan to continue the strike unless salary is restored. Alliance Air remains the only government-owned airline after Air India’s disinvestment. The airline is now under AI Asset Holding Company.

The airline’s spokesperson hasn’t yet commented on the issue.

The airline is the main airline for government’s regional connectivity scheme as it connects remote airports like Kullu, Dharamshalla and Pasighat, Tezu and Ziro in North East India.

Sources said that before Covid pilots used to get paid Rs 8,000 per hour which was slashed to Rs 1,500 per hour as operations got disrupted due to the pandemic.

“However, while every department of the airline has gone back to their pre-Covid salary and in some cases increment has been paid, pilots are still on a drastic pay cut,” said a pilot of the airline.

Secondly, a retention bonus used to be paid to pilot every year. For the last two years, it is being paid in a staggered manner which has also upset multiple pilots.

A senior executive of the airline said that as the airline is also a candidate for privatisation, the government has ordered it to maintain strict financial prudence so that loss doesn’t increase.

Alliance Air currently has a fleet of 19 turboprops — 18 ATR and one Dornier which it inducted early this year.

After the disinvestment of Air India, Alliance Air is trying to revamp its independent identity refurbishing its aircraft cabin, investing in its own Information technology systems and launching a new marketing campaign as it charts its own course after the sale of Air India