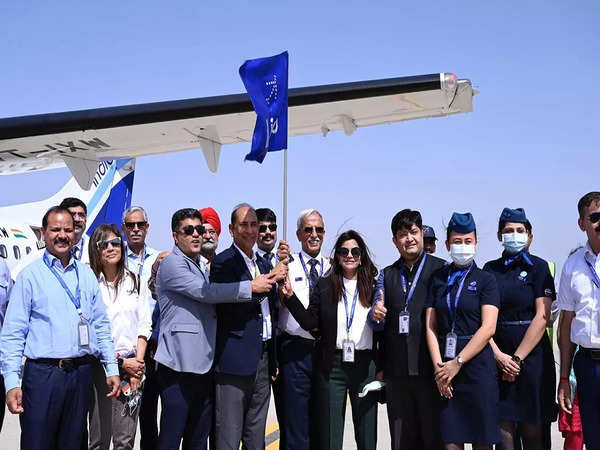 The government has given time till the end of December 2025 for aircraft maker Boeing to ensure its 787 Dreamliners are compliant with the GAGAN navigation system as major design changes will be required, according to a senior official. GPS Aided Geo Augmented Navigation or GAGAN has been jointly developed by the Indian Space Research Organisation (ISRO) and the Airports Authority of India (AAI).

On August 18, the civil aviation ministry issued a notification saying Boeing 787 aircraft have been exempted from the GAGAN compliance requirement till December 31, 2025.

The senior official at the ministry said the compliance requirement for Boeing 787 planes has been extended after due consultation with AAI and DGCA (Directorate General of Civil Aviation).

“Boeing has informed that to make 787 compliant with the GAGAN equipment, major design changes have to be carried and given a time frame of 4th quarter of 2025. Accordingly, the exemption to Boeing 787 has been provided,” the official told PTI on Thursday.

The official also said that only Boeing 787 planes are exempted from the GAGAN compliance requirement for the given time and that all other aircraft have to ensure compliance.

Currently, Air India and Vistara operate the wide-body Boeing 787 planes. Air India has around 27 such aircraft while Vistara has so far taken delivery of two planes.

GPS alone does not meet ICAO’s navigational requirements for accuracy, integrity and availability. GAGAN corrects for GPS signal errors caused by Ionospheric disturbances, timing and satellite orbit errors and also provides vital information regarding the health of each satellite, as per the AAI website.

The International Civil Aviation Organisation (ICAO), a United Nations body, develops policies and standards, among other activities, for the member states and stakeholders.