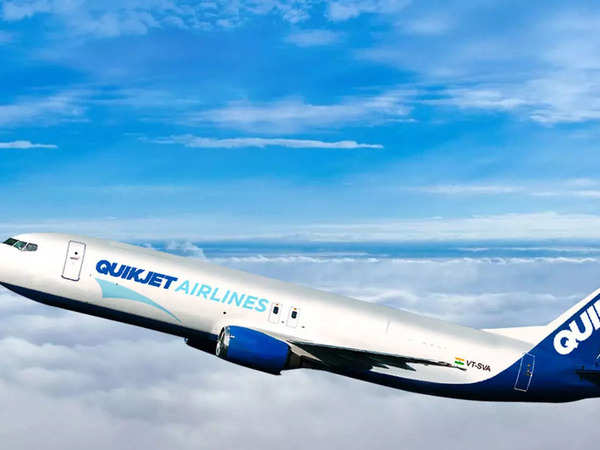 Guzder, the former promoter of the unlisted AFL, is tying up with Ireland-based ASL Aviation Group, which is an aviation services provider to seven global carriers, owns more than 100 aircraft, and runs airline operations in six continents. ASL also manages Amazon’s air cargo business in Europe.

“The ecommerce business is picking up with same-day and next-day delivery is becoming prominent. So, ASL thinks this is a right time to re-enter the air-cargo business and we (Quikjet) have applied for the licences,” Guzder said on plans to restart Quikjet. The dedicated air freighter was grounded after a lukewarm start.

This will be the second new all-cargo airline in India. Industry sources told ET that the proposed airline has already signed agreements for two Boeing 737-800 freighters that can carry up to 23.9 tonnes of cargo. To be sure, Pradhaan Air had earlier announced plans to start next year.

Industry sources said that while ASL Aviation Group earlier held around 70% stake in the Quikjet, the shareholding structure has recently been changed, with Guzder now owning majority and ASL 49%. This was done to ensure compliance with relevant laws pertaining to substantial ownership and effective control, which mandate Indian citizenship for two-thirds of an airline’s board.

After the change in shareholding, the airline has received no-objection certificate from the government and is now working toward obtaining the an air operator’s permit – the final licence to operate an airline in India.

While Quikjet eventually started business in 2016, with a single narrow-body freighter Boeing B737-400SF, it soon had to ground its business as demonetisation severely hit the freight forwarder industry that is heavily dependent on cash business.

“We are talking to all major aggregators, ecommerce and express delivery companies. It is based on conversation with our business partners that we feel that a two-aircraft operation will succeed and help us to run a profitable business,” Guzder said.