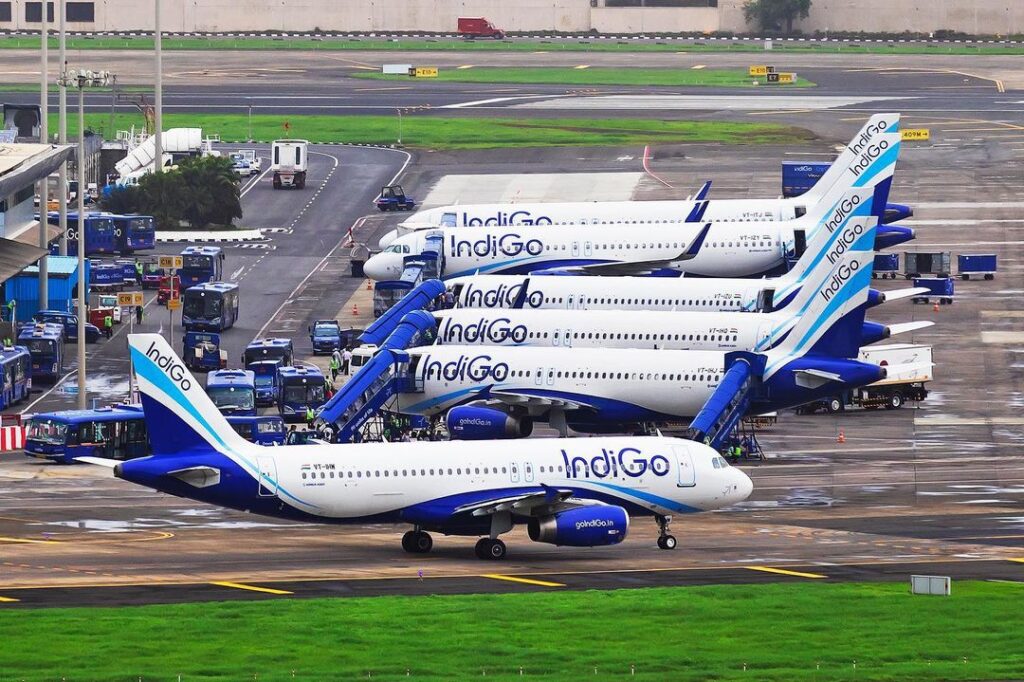 IndiGo is facing fresh trouble from its aircraft maintenance technicians after a significant number of technicians took mass leave at major hubs like Hyderabad and Delhi to protest alleged poor increments.

“Some technicians did not report for night shift at Hyderabad on July 8. The airline is monitoring the situation at Hyderabad and Delhi closely,” a Times of India report cited a source as saying.

“It says adequate measures have been put in place and that so far there are no delays or disruptions in flight schedules due to technician trouble,” the source added further.
Ahead of this, many pilots and cabin crews went on a mass leave.
Provided, the Indigo’s continuous pandemic-time salary cuts in recent months added fuel to the crew’s already simmering anger.

The protest started with pilots planning mass leaves while IndiGo suspended some of them this April for violating “terms of employment and company’s code of conduct.”

– After cabin crew, @IndiGo6E technicians are upset over salaries

– Some reported sick in Hyderabad y'day

– Given they work in harsh sun & their salaries are not so jazzy hope airline will look into it even though some in leadership I know are out on exotic vacations. pic.twitter.com/MrAAZO6ZeK

Further, on July 2, so many members of the IndiGo cabin crew attended walk-in interviews held by Air India of the Tata Group which resulted in 55% of its flights being delayed while a few even had to be cancelled.

On the other hand, the DGCA ordered the airline to compensate passengers for delayed flights in accordance with the regulations, despite the fact that IndiGo called this a “one-off” incident in a response on the matter.

Earlier this week, in an effort to quell dissatisfaction among its pilots, IndiGo further reversed pandemic-time pay cuts. The move comes at a time when new players (like Akasa) and established players (like Air India) are actively recruiting trained crew members.
Indigo hence reversed further 8% of the Covid-time pay reductions and reverted to a rostering method that will increase pilot compensation but reduce leave time. Additionally, several pilot allowances have been restored.

At the height of Covid, IndiGo had reduced compensation by roughly 28 percent, and despite two partial rollbacks, current pay is currently about 16 percent lower than levels prior to 2020.