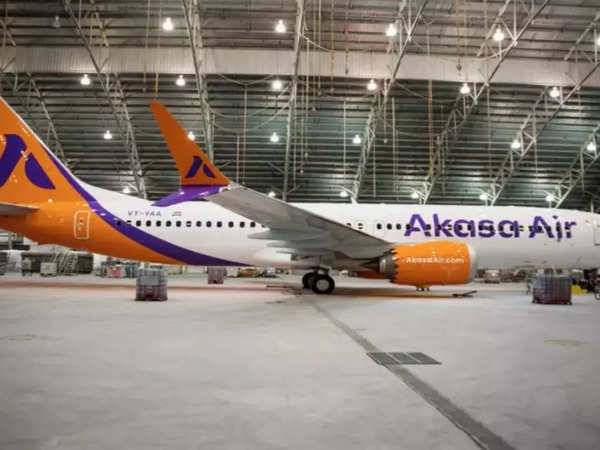 Akasa Air, India’s newest airline, is leading on pay hikes for pilots, marking a reversal of the pandemic-era aviation squeeze that saw salary cuts and job losses globally, said people with knowledge of the matter.

This is likely to set off salary increases at other carriers to ensure they have enough pilots as air traffic recovers amid fleet expansion and Gulf carriers embarking on a hiring spree, they said.

Akasa raised pilot pay by an average 60% — captains will start at Rs 4.5 lakh a month and first officers at Rs 1.8 lakh — from October. This is against Rs 2.79 lakh and Rs 1.11 lakh, respectively, at present. Depending on experience and hours flown, the pay could be higher. At the maximum limit of 70 hours per month, a captain can earn Rs 8 lakh, about 28% more than Rs 6.25 lakh now, said the people cited above.

The carrier needs more pilots for the rapid expansion it has planned, said people with knowledge of the matter. The airline currently has four Boeing 737 Maxs and plans to induct 18 more planes by March 2023. An airline typically needs 12 pilots per aircraft, including reserves.

“The airline needs to build up a pool of pilots and a solid bench strength,” said a person aware of the development. “With Tatas starting expansion and hiring pilots, and Middle East airlines opening up rapid hiring, there is little option other than to hike pay to attract more pilots.” Tata group’s plans include revival of Air India and expansion of Vistara.