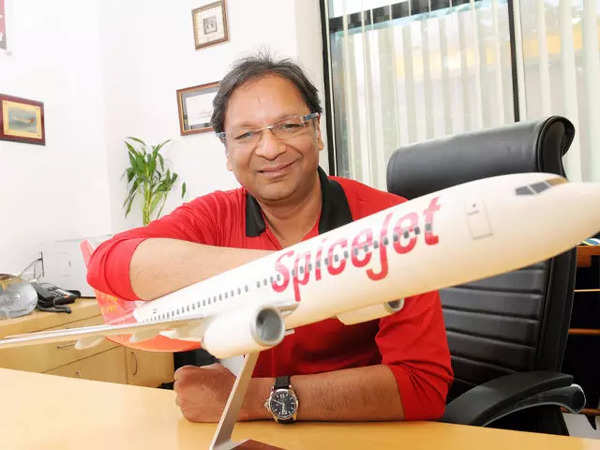 SpiceJet promoter Ajay Singh is exploring a partial stake sale in the cash-strapped carrier and is in talks with a Middle Eastern carrier and a big Indian conglomerate as the company needs recapitalisation urgently to keep flying, reports said on Tuesday.

“The company continues to be in discussions with various investors to secure sustainable financing and will make appropriate disclosures in accordance with applicable regulations,” a SpiceJet spokesperson said.

Singh holds around 60% stake in the budget carrier.

Airlines sources claim Singh is “in active discussion with a Middle Eastern carrier for a possible stake sale which has expressed interest to pick 24% stake and a board seat in SpiceJet. A big Indian business conglomerate has also approached Singh for a stake in the airline,” TOI reported. Comments have been sought from big Middle eastern carriers and the big Indian conglomerate, and are awaited, they said.

SpiceJet’s domestic network covers the length and breadth of the country with the airline operating to 51 domestic destinations. Pioneer of the regional connectivity scheme, SpiceJet is the country’s largest regional player helping connect the remotest parts of the country by air.

The airline’s focus on providing direct flight connectivity to regional hubs not only ensures better connectivity, it also has a cascading effect on tourism and economic activity in the region. SpiceJet has added multiple UDAN destinations to the country’s aviation map including Pakyong, Jharsuguda, Kandla, Darbhanga, Kanpur, Ajmer (Kishangarh), among others.

SpiceJet is yet to give Form 16 to its employees for financial year 2021-22. There is unrest in the airline over continued low salaries while other airlines have begun restoring the same. IndiGo will return to pre-Covid level of salaries for pilots from November 1, 2022, a TOI report said.