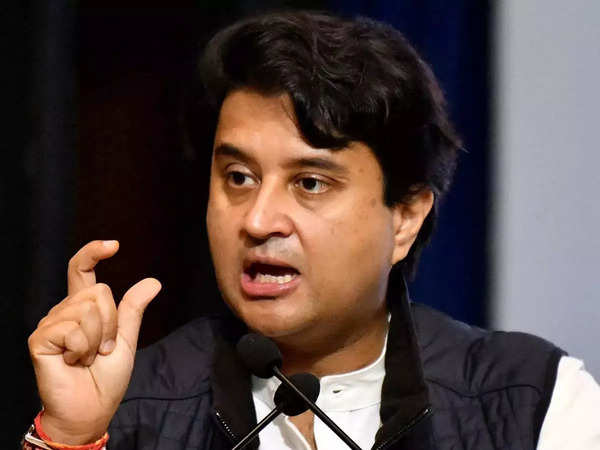 Union Minister Jyotiraditya Scindia on Tuesday said more wide-body aircraft, anchor airlines at particular airports as well as synergy between domestic and international departures are required to have an international aviation hub in India.

The country’s civil aviation sector is on the recovery path after being hit hard by the coronavirus pandemic and is projected to have 400 million air travellers in the coming years.

“We are in the growth phase and there are tremendous opportunities on the airlines and airports side,” Scindia said.

He emphasised the need for a committed and concerted effort by all stakeholders to make an international hub in the country.

“We must also make sure that there is a synergy between domestic departures and international departures. The slot allocation must be based on that.

“I think, we must take one or two airports and make a model of that… it is a work in progress,” the Union Civil Aviation Minister said.

Speaking at a conference organised by industry body Assocham, Scindia said there were around 200 million air passengers, including domestic and international travellers, pre-pandemic and the number is expected to double to 400 million over the next 7 to 10 years.

“We need to ensure that more of our carriers get wide-body aircraft, point to point transport is what will really accrue value to each one of our airlines,” Scindia said.

“Let me tell you honestly, the way I see market dynamics evolving even though sometimes point to point travel may entail larger capital costs… travellers prefer going from point to point rather than going through two or three locations to reach their destination. Our geographical advantage is there,” the minister noted.

He also said there are tremendous growth opportunities for domestic airlines and they are expected to have a fleet of 1,200 planes in five years.

The country is projected to have a total of 220 airports, including heliports and aerodromes, by 2026.

Scindia also said that the ministry has given approval for the hiring of more than 370 Air Traffic Controllers (ATCs), which was the requirement and that the same would be done by December this year.

The ministry is also looking to have an additional 470 ATCs.