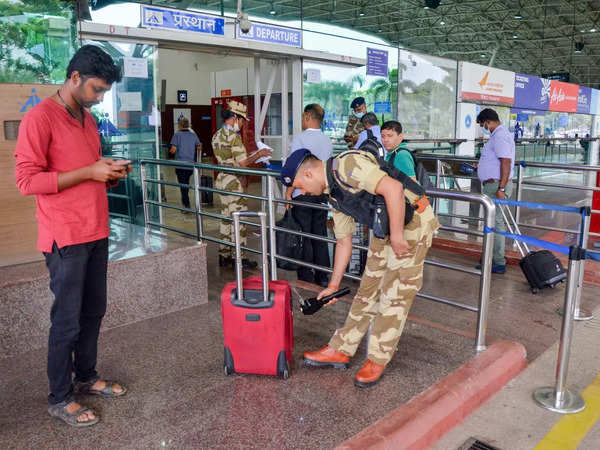 In an instruction passed by the Bureau of Civil Aviation Security (BCAS), the nodal agency responsible for aviation security, it has allowed airports to outsource the job of manning security in five non-core areas like segregating passengers at airport gates, queue management in front of boarding counters, baggage control, cargo area and security of visitors’ gallery.

The move comes after the centre felt that the strength of CISF was not enough to cater to the burgeoning growth in air traffic. Currently, out of 118 operational airports, 64 are manned by CISF’s Aviation Security Group. The rest are with state police or India Reserve Battalions. Against the required airport security strength of 30,003, CISF has 29,399, leaving a shortfall, said a survey by the Centre.

With footfalls rising in major metro airports and a number of new airports joining India’s aviation network driven by the Centre’s regional connectivity scheme (read: UDAN) scheme, deployment of private security guards will lessen the burden on CISF. “Private security agency has been allowed in non-core or non-strategic areas of airports. Along with CISF, if private security guards are also deployed, this will increase the effectiveness and quality of airport security,” said Jaideep Prasad, joint DG, BCAS.

“The deployment of private security agencies covers non-core areas of security and the individuals deployed continue to be under the command and control of the CISF. The airport operator does not exercise any control over them. They have been deployed post an elaborate pre-deployment and on-the-job training period by the CISF,” said a Adani Airports spokesperson.