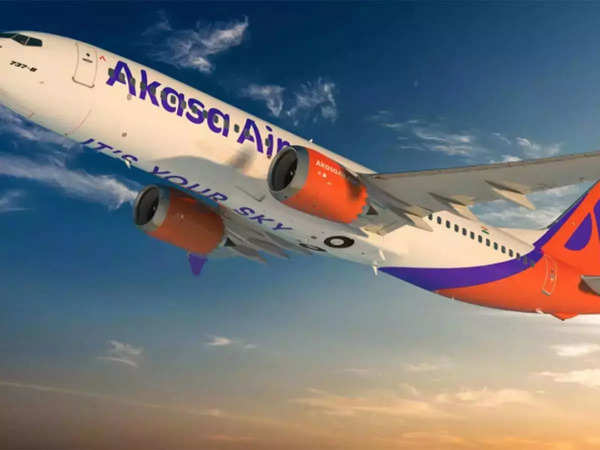 Domestic carrier Akasa Air announced its plans to launch services to Visakhapatnam from Bengaluru, starting December 10, which will be the airline’s 10th destination since its launch in August this year.

The Mumbai-based airline recently announced connecting Pune and Bengaluru with double daily flights from November 26 and a third frequency on the route from December 10.

Witnessing a rise in demand, the airline is further augmenting connectivity between Bengaluru and Ahmedabad by adding a third frequency starting December 17, Akasa said.

Akasa Air will launch two daily flights on the Bengaluru-Visakhapatnam route, with the first frequency starting from December 10 and the second frequency from December 12, the airline said in a statement.

With the introduction of these services, Akasa will now offer 24 daily non-stop flights ex-Bengaluru by connecting to eight cities – Mumbai, Ahmedabad, Delhi, Chennai, Kochi, Guwahati, Pune, and Visakhapatnam, it said.

Of the 10 destinations, eight are connected with Bengaluru, it added.