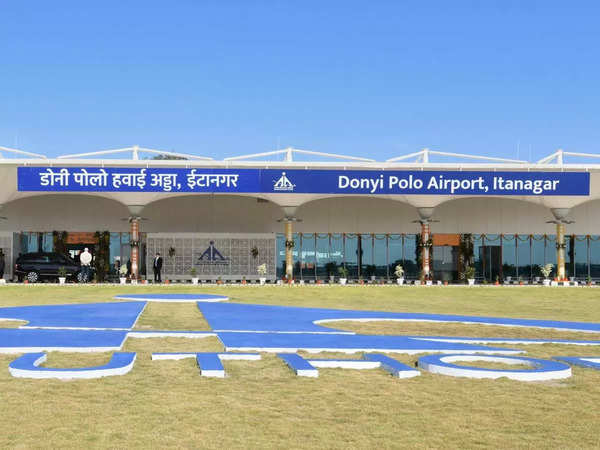 Union Minister Kiren Rijiju in his welcome address said, “Opening of this airport will be a significant step towards boosting connectivity in Arunachal Pradesh. The dream of having an airport in the capital city of the state is coming true today.”

Chief Minister Khandu said, “Today is a historic day for the entire state. This airport will not enhance the connectivity but will also provide momentum to the economic development of this region.”

While addressing the gathering, teh Prime Minister said “The Donyi Polo Airport is becoming a witness to the history and culture of Arunachal Pradesh. This airport will be the fourth operational airport for the state. With the development of the new airport infrastructure, huge opportunities in the field of cargo services will be created.”

Considering the importance of air connectivity to the capital city of Arunachal Pradesh, a Greenfield airport has been developed on 694 acres of land at Hollongi, 25 kms from Itanagar. Developed at an estimated cost of Rs 645 crore, the airport is equipped to handle 300 passengers during peak hours. With a 2300 m runway, the airport is suitable for the operation of the A- 320 type of aircraft.

The terminal of the airport will be an energy-efficient building with the provision of the balanced use of glazing & wall panelling along with insulated roof, glazing and wall panels. The airport is equipped with LED lights in all areas and energy-efficient motor/drives for AHUs, AC compressors, conveyors, pumps etc. The sewage treatment plant will allow the use of treated water for horticulture purposes.

Work is also in progress for installing a Solar power plant of 150 KWp to use renewable energy in future.

The airport will act as a catalyst for the growth of trade and tourism in the region and also provide an opportunity for local produce like the world-famous orchids of Arunachal Pradesh to reach any part of India within hours.