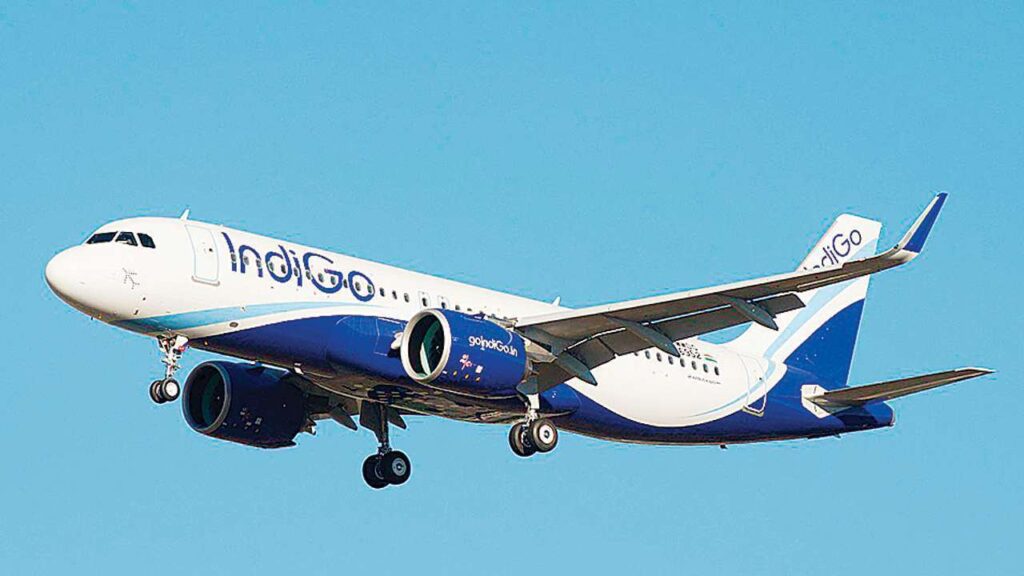 An IndiGo flight from Delhi to Vadodara was diverted to Jaipur on Thursday night as a precautionary measure following vibrations in the engine for a fraction of a second.

An alternate aircraft was arranged for the onward journey of the passengers.

The IndiGo spokesperson said, “An IndiGo flight 6E-859, operating between Delhi and Vadodara was diverted to Jaipur on 14 July 2022.”

The spokesperson added, “There was a caution message indicated to the pilot en route. As a precaution, the pilot diverted the aircraft to Jaipur for further checks. The passengers were accommodated on an alternate aircraft for their onward journey.”
The Directorate General of Civil Aviation (DGCA) said that they have ordered a probe into the matter.

During the last six days, a sizeable number of the airline’s aircraft maintenance technicians have gone on sick leaves to protest against their low salaries and demand restoration of salaries that were slashed during the COVID-19 pandemic.
Amid the mass sick leave protest, IndiGo on Wednesday said it is in the process of addressing issues related to its employee remuneration.

IndiGo also released a statement saying that they are in constant dialogue with its employees to take care of any issues or grievances.

IndiGo’s statement read, “As a responsible employer, IndiGo is in constant dialogue with its employees to take care of any issues or grievances. The aviation industry has undergone a difficult phase over the last 24+ months. As business recovers, we are in the process of addressing some of the issues related to employee remuneration. This is an ongoing activity and we will continue to take employee feedback in the process.”

IndiGo also said that the airline’s operations will continue to be normal, with the addition of several new destinations to their network.

“Meanwhile, our operations continue to be normal, while we add several new destinations to our network and look forward to welcoming customers from across India and the world,” it added.

Earlier on Wednesday, the Directorate General of Civil Aviation (DGCA) also said that they are keeping a close watch on the situation that emerged after m ..