Jet Airways in talks with aircraft makers, lessors to lease 6-8 planes by December 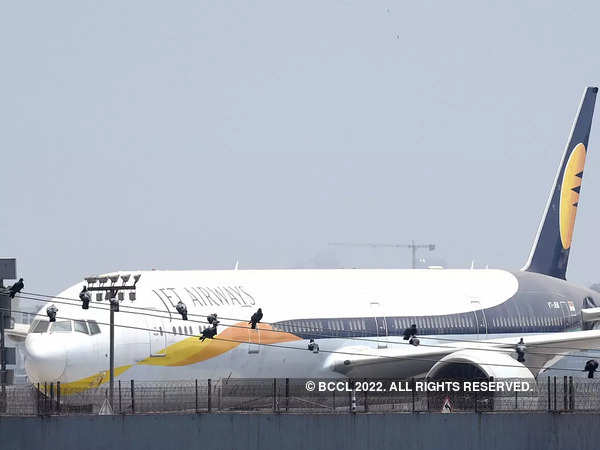 Jet Airways is in discussions with aircraft manufacturers and lessors to lease 6-8 planes, including some of those which were to be delivered to Russian carriers prior to the Ukraine war, as it gets ready for the relaunch, according to sources.

Moreover, the airline is also negotiating with airport operators to secure slots with “good” timings, they said.

Once a major player in the Indian aviation space, the carrier has not flown since April 17, 2019 and is being revived under the ownership of the Jalan-Kalrock consortium.

Last month it got its air operator certificate revalidated by the aviation safety regulator DGCA.

“Aircraft availability is always an issue but now due to the Russia-Ukraine war, aircraft which were to be delivered to Russia are also available in the market along with those leased planes which were flying in Russia,” a source told PTI.

He said the airline is negotiating with Boeing, Airbus and the lessors, adding that “discussions are at a very high level and an announcement is expected to be made very soon.”

According to the source, Jet Airways is looking to lease 6-8 aircraft by December.

Jet Airways confirmed that the airline is in “advanced discussion “with the lessors and original equipment manufacturer (OEMs) but did not share specific details.

“We have no comment to give other than we will share our fleet plans when they are finalized and we are ready to share. We are in advanced discussions with multiple lessors and all three OEMs,” Jet Airways CEO, Sanjiv Kapoor told PTI.

“However, it will be the only single type of fleet either Airbus or Boeing. Both are in contention at this stage,” the source said, adding that the airline can relaunch operations as early as September, once the aircraft deal is signed.

He said for the acquisition of a large number of aircraft, first an initial pact will have to be signed with the aircraft maker as the “competition” between Boeing and Airbus is very clear.

“A decision on this is yet to be taken. But when it is taken, it will be quickly implemented,” he said.

“We have got some slots but some fine-tuning such as appropriate timing is being done and the airline may announce this also. So everything is in a positive direction,” as per the source.

In aviation parlance, a slot is an authorisation to either take off or land at a particular airport on a particular day during a specified time period.