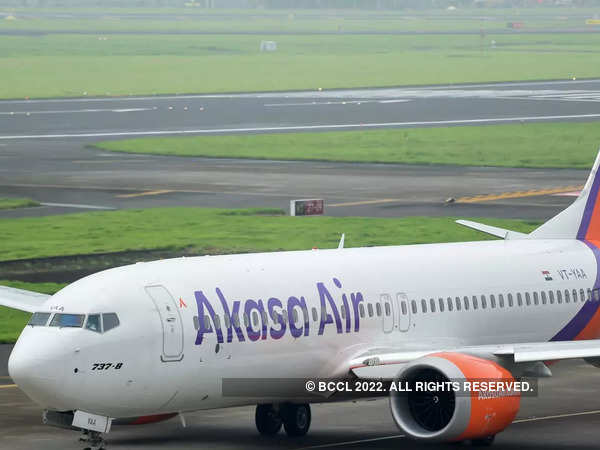 Akasa Air’s 11 new aircrafts will have 2-2 seat configuration in the first three rows owing to supply side constraints.

The planes will have a total of 174-seats with 2-2 seat configuration in first three rows having extra width and legroom.

“While the fleet induction programme remains unchanged, from our 9th aircraft there will be a different seat configuration on 11 aircraft that are planned for delivery starting November 2022.”

These eleven 737 MAX aircraft are planned for delivery starting November 2022. However, the airline said that the 2-2 seat configuration wii get standardised over the next 6-9 months and the original 189-seater aircraft will become available after easing of supply constraints.

The fares for these 2-2 seats will be the same as offered for rest of the economy seats, however, these seats, named A++ will have a separate seat selection fee of Rs 2500.

While our current extra legroom A+ seats will continue to be available from Rs 1500, the airline said.

Akasa Air will continue to operate single-aisle, all-economy service at affordable fares with no change in our pricing strategy.

The airline also added that owing to a short-term, global supply chain issue faced by various industries including aviation, it can expect a few variations in Akasa Air’s cabin interiors in the upcoming months.

“Seat covers on a few aircraft will have different upholstery. This will be different than the Akasa Air purple upholstery which many of our current aircraft sport,” the airine said.

The bookings on these aircrafts with 2-2 seat configuration will start from November 16, 2022. These aircrafts will be deployed for operations from early December, 2022.