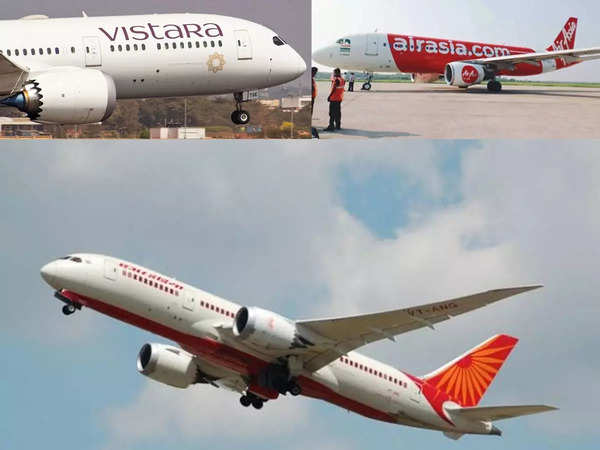 Full service carrier Vistara is looking to rope in pilots on deputation from budget airline AirAsia India to ensure adequate crew for its expanding fleet of A320 planes, according to sources. Both airlines are part of the Tata group and the latest move indicates efforts to have more synergy as well as optimal use of manpower among group carriers.

Vistara — a joint venture between the Tatas and Singapore Airlines — has a fleet of 53 aircraft. These include 41 A320s and five A321s. The airline is planning to increase the fleet to 70 planes by December 2023.

AirAsia India operates a fleet of A320 planes.

“Vistara has sought some pilots from AirAsia India on deputation in view of the induction of new aircraft, a proposal which the budget carrier has consented to,” one of the sources told PTI on condition of anonymity.

Both Vistara and AirAsia India declined to comment on the matter.

According to the sources, Vistara has been expanding its Airbus fleet but does not have adequate number of pilots to operate them.

Meanwhile, Tata group has started an exercise to evaluate options to consolidate AirAsia India and Vistara under Air India to bring operational synergies among the three airlines under its umbrella.

Air India has set up a team under its Director of Operations R S Sandhu in this regard, sources had said earlier.